The cost of labour is always increasing, but even worse ‘labour is hard or not to recruit’! In these days it is essential that the degree of efficiency is on an optimal level.

Often the degree of automation of production equipment is already on a high level, so that further improvements in efficiency should be found in other ways. In most cases the occupation of production machines can be further improved where there is a constant flow of laundry. Internal transport on the other hand can often be improved in several ways: 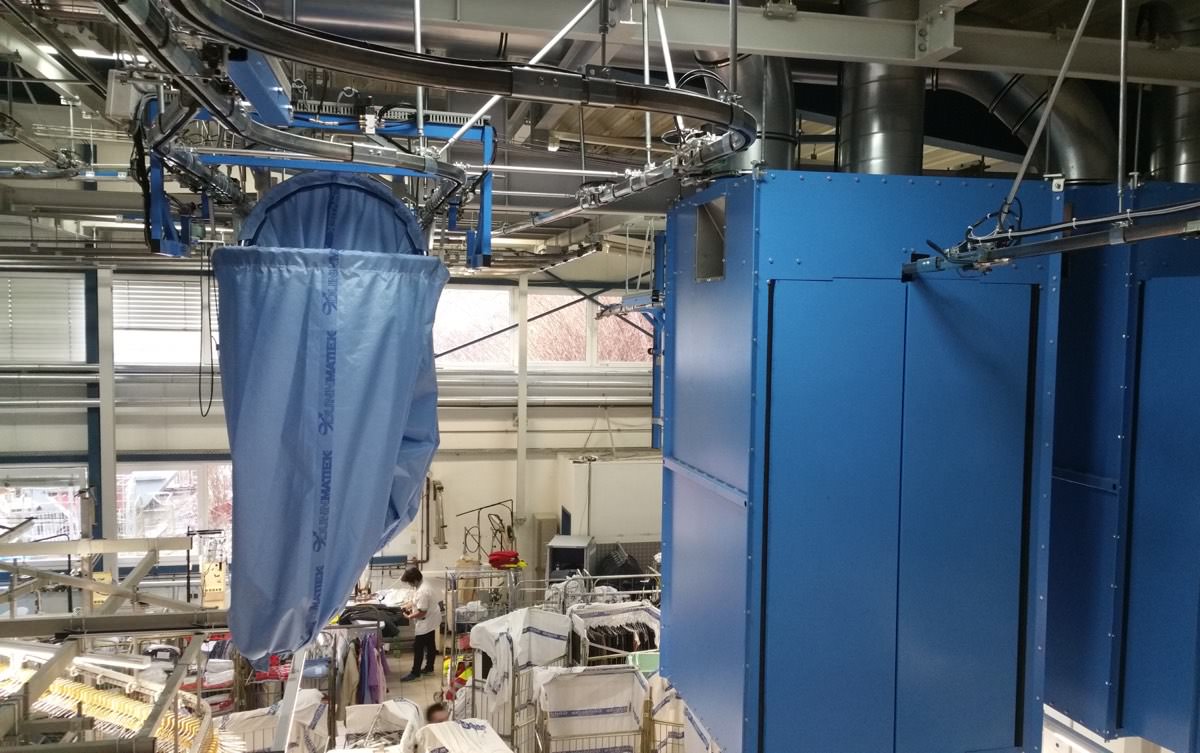 The DunnMatiek rail system allows both sorted and unsorted Washing to be stored overhead as a dynamic buffer. DunnMatiek supplies systems for the storage of slings and bulk quantities. Laundry is then automatically transported by gravity to the storage and directed towards the washing machines or finishing area.

Laundry logistic can be divided in several areas. For these sections, we have different solutions with rail systems. These areas are:

After sorting the sorted linen can be transported by lift or vacuum to bag container. These bag containers will be stored into a dynamic buffer. The Washing machine will call bags from this buffer.

Sorting, Storage and distribution of clean linen from the dryers to the finishing department D3

When the clean linen is unloaded from the dryers it can be transported to via a sorting or directly to the bag containers. These bag containers can be stored into another dynamic buffer. From this buffer it can be called by the different finishing positions. 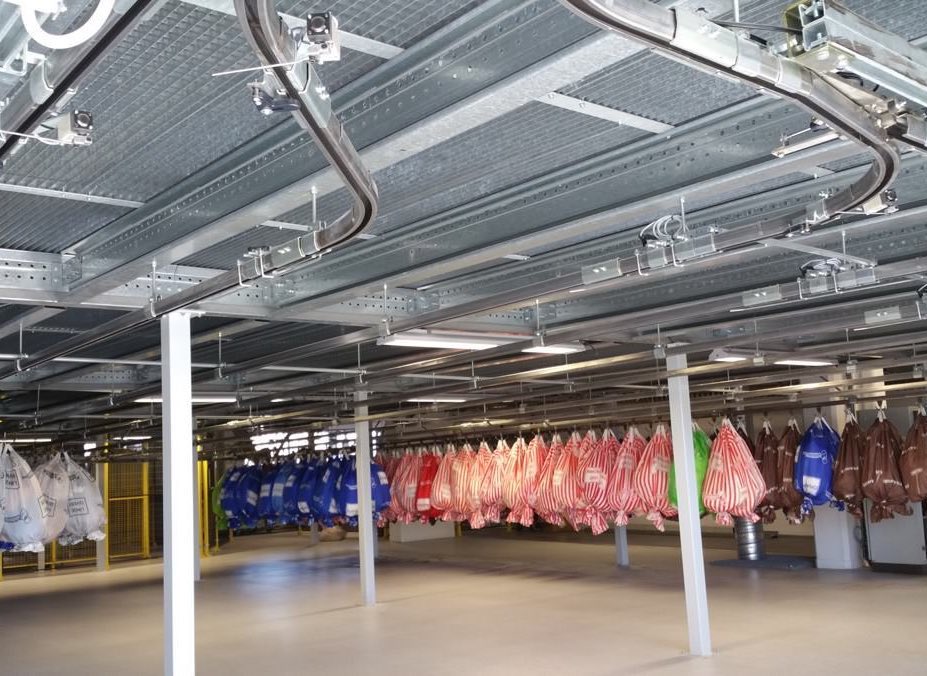 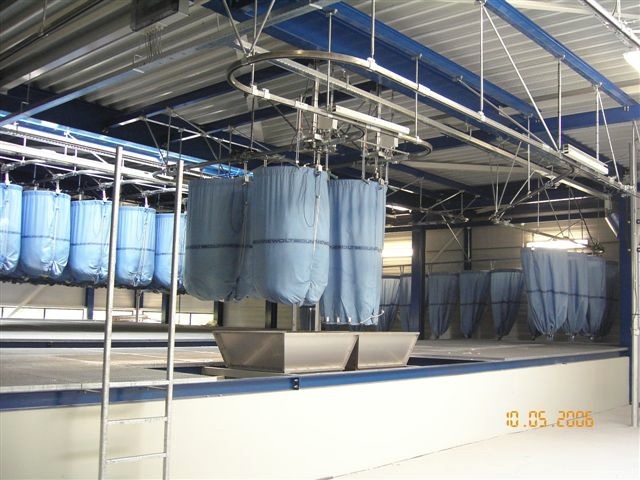 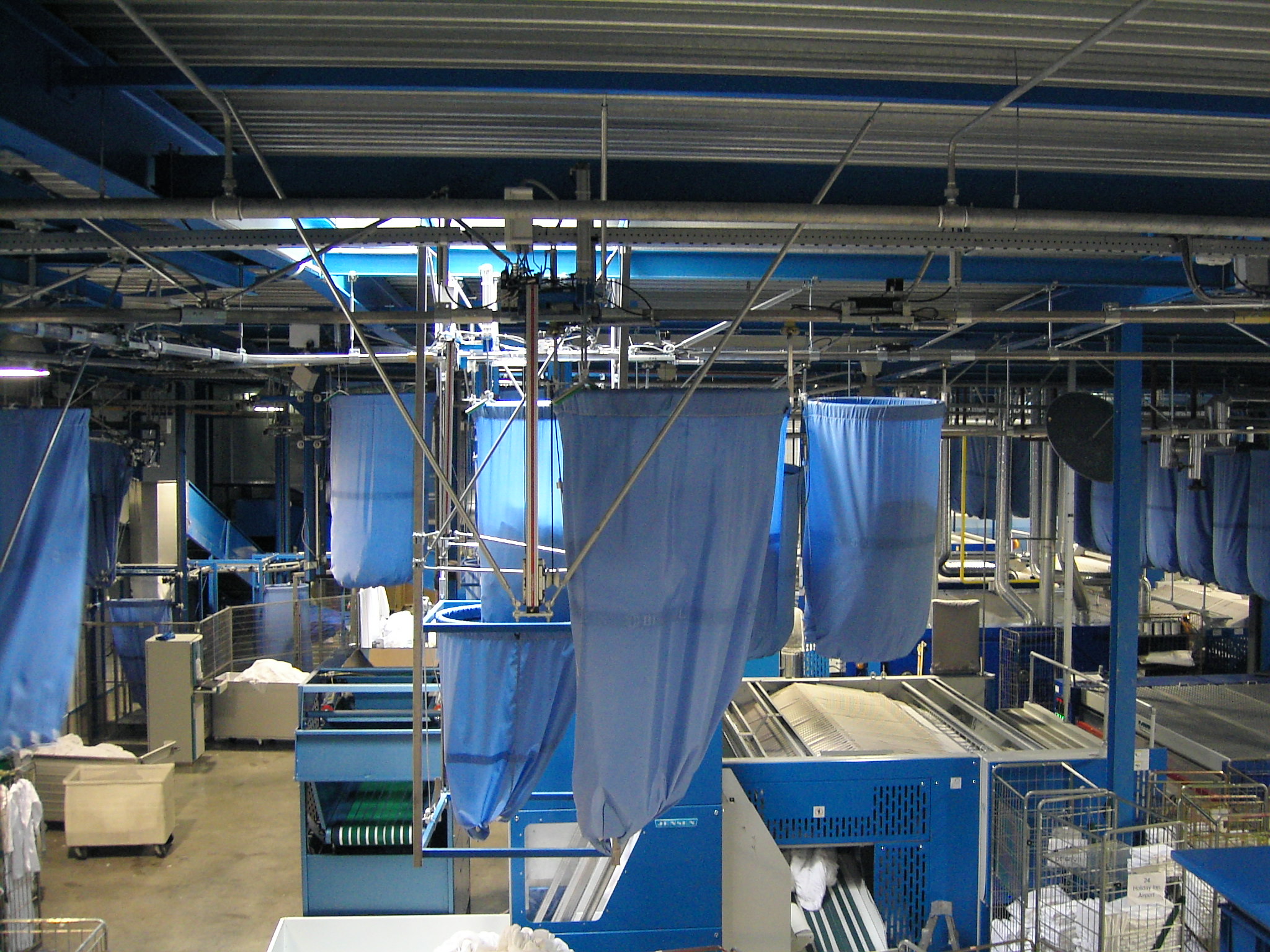